Bill Clinton Muguai graduated from the University of Nairobi in 2021 with a first class in Electrical and Electronics Engineering.He had hopes of earning Ksh500,000 to Ksh 1.5 million per month immediately after graduating from university but things went south after tarmacking for 2 years without even securing internship. Clinton applied for more than 500 jobs and no employer was keen enough to notice his achievement. What pains him most is that he scored a straight A in KCSE and a First Class in college.

The frustrated guy threw his hands in the air severally and decided to go home,His mother, who is a single mother,was crying when she narrated how she struggled to educate Clinton. She blamed the government for failing to create employment.

The graduate now wants to start a YouTube channel and start making money.

Here is Clinton’s achievement and how he reacted to his current situation: 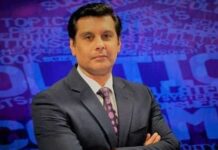