A photo is circulation on social media asking people to spot a snake.This photo, first posted by a Twitter user has gone viral and people are trying to trace a snake, which is believed to among the things spotted.

From a distance, you would only spot dried leaves and soil but 10 minutes of concentration will land your eyes on a snake, which is hiding between the leaves.

In the challenge, I would also like you to spot it.This is the photo. 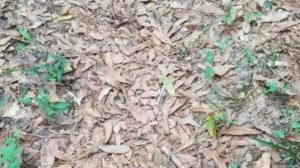 September 18, 2020
This Friday there are several 100% sure premium betting tips for our subscribers, the predictions will majorly feature...

September 17, 2020
Sababisha jackpot is one of the jackpots offered by Betika.This weekend the amount of money you will pocket...