Volvo launched the longest bus in the world that can carry up to 300 passengers.

The bus is 30 meters long and equivalent to three combined buses. It was developed in Brazil specifically for use on Rio de Janeiro’s dedicated bus lanes but later ended up in several countries where public transport is dominant.

“This vehicle will provide more efficient transportation systems, offering a higher quality for the passengers and improved cost efficiency for the transport operators,”

The bus is, however, not able to accelerate beyond 100k/h speed .It also has to slow down to almost 10K/h when negotiating a corner. 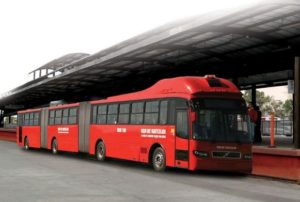 November 24, 2020
Even if you lose your jackpot bet every week, don’t quit. Since there are people who win weekly,...

Who will beat the drop in the Premier League?

November 22, 2020
Today’s Mozzart jackpot looks easier than that of yesterday. We are offering 3 versions of the analyzed jackpot...

November 20, 2020
Fridays are the best days to subscribe for the VIP betting tips. This weekend, we are offering the...

November 21, 2020
Today a total of 15 GG(Both teams to score)football matches are available where the total odds are 180.With...