Martha Miano is the lady who was assaulted by a heavily built man in Nyeri.Two slaps from the man left her confused. Away from that, Martha took her character to Facebook and abused Rigathi Gachagua.She used unprintable words to describe the mheshimiwa.Few days later, she was arrested and dumped in a cell.

Mr Gachagua, being a man of God sympathized with her and told the police to release her—she could have rotten in jail. Martha was released and shut her mouth forever…until yesterday when when someone rained on her.

Though the man who beat her up has been arrested, we know this is Kenya, nothing may be done-Martha might go drying.

Justice is two way. As a woman, you should avoid situations where you confront and initiate a fight with a man and as a man, you should strain yourself to the possible limits-if possible walk away….you won’t die by not raising your hand to slap a woman. 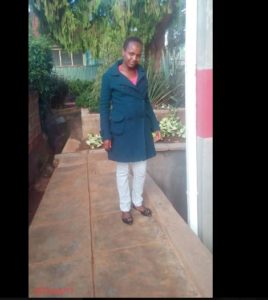