Alfred Keter is at it again and this time he has taken the war to Ruto’s kitchen. Over the weekend, the Ruto critic confessed that he doesn’t like the DP at all,stating that his only prayer is that Ruto does not become president.

Keter also condemned Kipchumba Murkomen over a statement he made concerning Mau evictions.The Nandi MP wondered how Rails was responsible for the exercise yet he is not in the government.He further said some politicians have stolen enough from the citizens and their time to retire is up.

Alfred Keter survived a court case seeking the nullification of his election as Nandi MP,he is now free to criticize to the best of his abilities.

Here is a video of what he said over the weekend

January 10, 2021
Today we have plenty of football tips for our subscribers and readers. Big teams are playing, like Juventus... 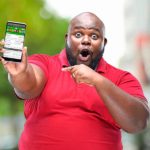 Need help on the OdiBets platform? Here’s everything you need to know

January 12, 2021
Having come to popularity in Kenya since the year 2018, OdiBets has become a household name that boasts...

January 10, 2021
You can easily win Ksh200,000 per day from Betika if you bet consistently. Betika also provides midweek and...

January 11, 2021
Sportpesa Midweek jackpot is here again, a total of Ksh10 million is available to be won. This week,...