The Kenyan woman tried to defend herself but when the man showed her the video, this is what she said,”I can explain”.

Here is the conversation. 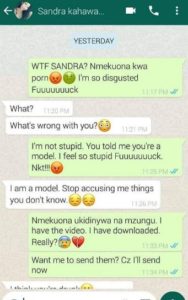 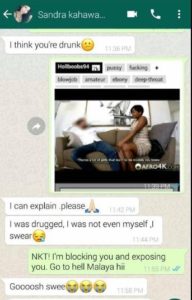