It’s as if Kikuyu men don’t exist anymore, their women are only interested in Luo men, nothing more, which poses a question, why do Kikuyu women prefer Luo men over their men? These are the summarized logical reasons:

Unlike Kikuyu men who will earn Ksh 1 million and only give their women Ksh1,000, Luo men will spend almost everything at their disposal to please a woman. A Luo man would take his woman to Dubai for holiday,he will buy her a car,live in a posh apartment and give her Ksh100,000 every month.A Kikuyu man will treat you well for few days then you see the definition of “stingy” afterwards.

Since Luo men are naturally black and their women are black too, they tend to find someone to complement them in terms of colour. Kikuyu women are beautiful, majority are light skin, which is a plus for them.

While people say Kikuyu women are too demanding and hard to get, if you get a chance to interact with them, you’ll realize that they are approachable. Luo women on the other hand play too hard to get, which is a negative attribute. For a Kikuyu lady, only your language and money will save you.

Nobody hates good things, Kikuyu women not exceptional. When a Luo man gets money, lavish lifestyle is his second name. Kikuyu women know where money is, they can sniff it from a distance, they don’t discriminate when choosing a man as long as money is involved. A Luo man is ever lavish, he will use the minimum resources he has to have a good life, which is what Kikuyu women want.

Luo men are naturally humorous, which makes any woman to fall for them. On this earth, every human being would like to be entertained, and that’s what a Luo man will provide. Kikuyu men are reserved, they have dry jokes and often not there when needed most.

While Luo men will spare substantial amount of time to keep their women company, Kikuyu men will often concentrate on their business and alcohol. There is nothing a woman hates like a man who doesn’t have time for her, women need attention, which is why they prefer Luo men.

When introducing his wife in public, a Kikuyu man will tell the crowd, “Mama nani,kuja salimia watu”,then Onyango will stand and say,”this is Njoki,my sweetheart,my dear wife”.There is a huge difference her,Kikuyu man introduced his wife casually while Onyango valued his woman—who on earth would reject Onyango?!!!

A Luo woman will ever complain even when she has everything. He will always accuse you of cheating, he will complain of not being given enough attention, he will complain why you have never visited her mother. But for a Kikuyu all she needs is good life. 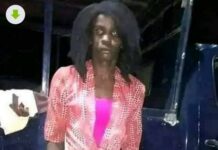