Botswana Government has announced that it has executed Mooketsi Kgosibodiba for murdering his employer. In a press statement, the government indicated that the prisoner had been convicted of the murder and handed a death sentence.

The execution was carried out on 2 December 2019.Here is a full statement from the govermnet:

“The Botswana Prison Service wishes to inform the public that the execution of the death penalty passed on Mr. Mooketsi Kgosibodiba, 44 years of Shashe-Semotswane Village was carried out today, Monday 2nd December 2019 at Gaborone Central Prison in the early morning hours.

This follows a death sentence which was imposed on him by the Francistown High Court on the 14th December 2017 for the offence of murder.

The High Court convicted Kgosibodiba for the murder of his employer Mr Benjamin Makobela on 2nd February 2012 at Makobo village. 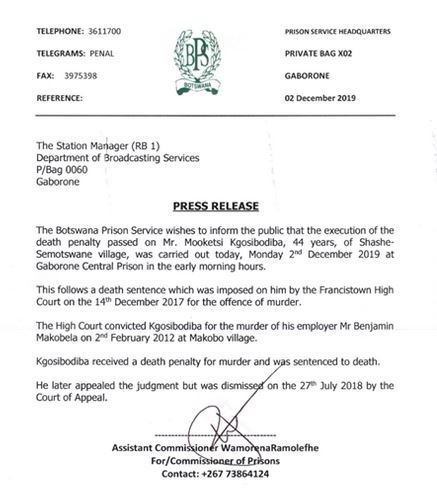 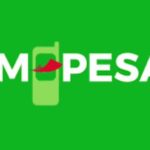