A middle aged man has been arrested in Kangundo,Machakos County for raping a dog to death. The man was found engaging the bestiality act by his mother.

Musyoka,who has been on dry spell since his wife went last year, decided to feast on the dog.After3 good hours of marathon sex,the dog collapsed and died.Musyoka was in the process of putting on his trouser when his mother appeared from nowhere.Terrified,the mother alerted neighbours who came and found Musyoka sweating while breathing faster than an athlete after a marathon.

He was told to carry 10 used condoms and clothes in his neck, these were the items he was using for the job. Police took him to the cell and locked him inside. He will be presented to court tomorrow. 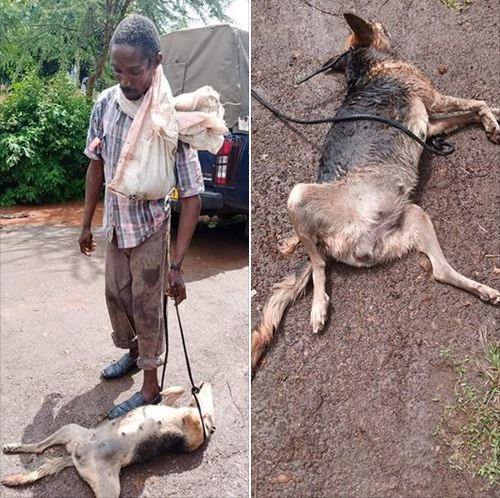 January 28, 2021
When playing Ligibet jackpot, you are required to determine the number of goals to be scored in each...

January 28, 2021
Yesterday Manchester United spoiled slips for many gamblers. I have a friend who placed a bet of Ksh20,000...

January 27, 2021
The month is almost coming to an end and this is the moment you should stake high and...