Photos from parliament building show Raila mourning Moi in a traditional way as other dignitaries looked on.

For the past he had been out of the country. He was accompanied by President Kenyatta to USA where they had breakfast prayer meeting. While Kenyatta was flying into the country, Raila flew to Ethiopia to attend AU meeting.

Below are photos from parliament to show how Raila was mourning: 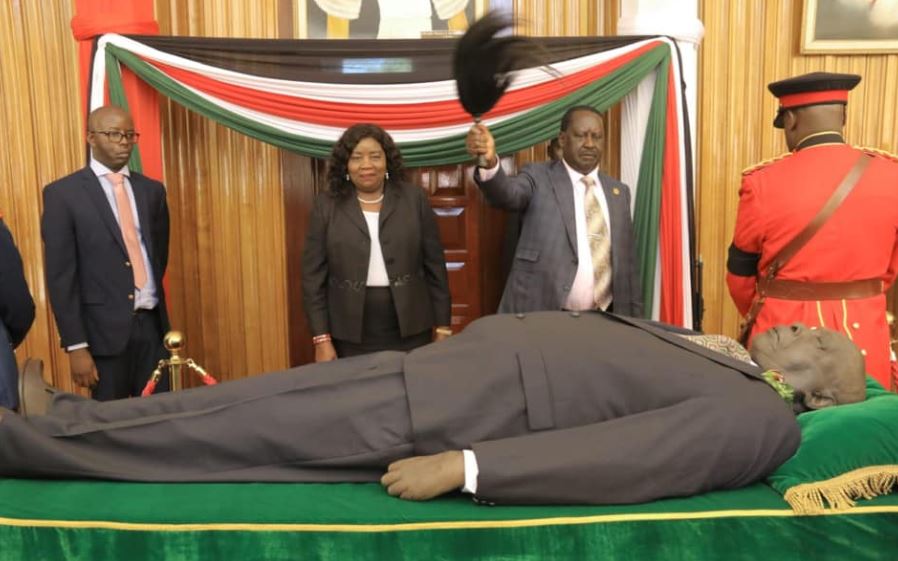 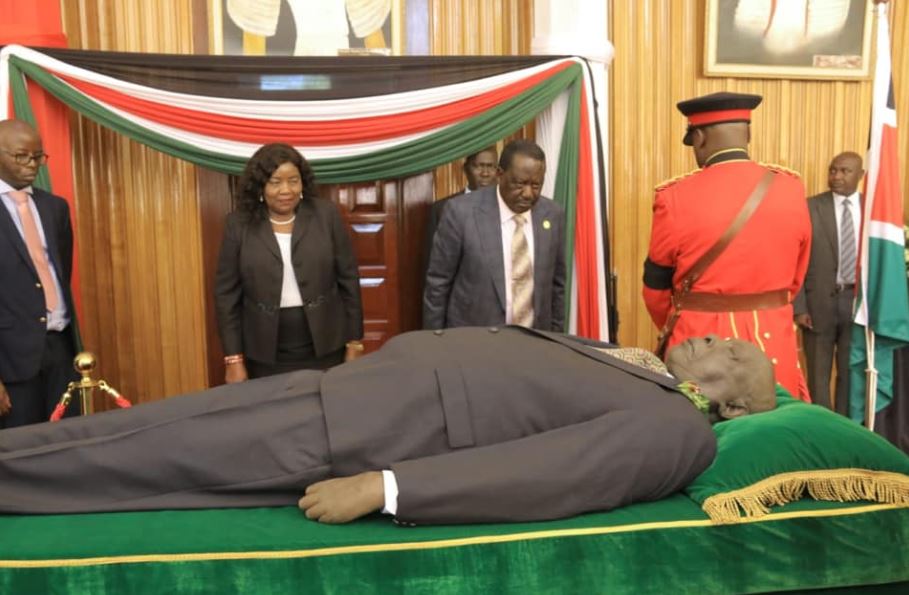 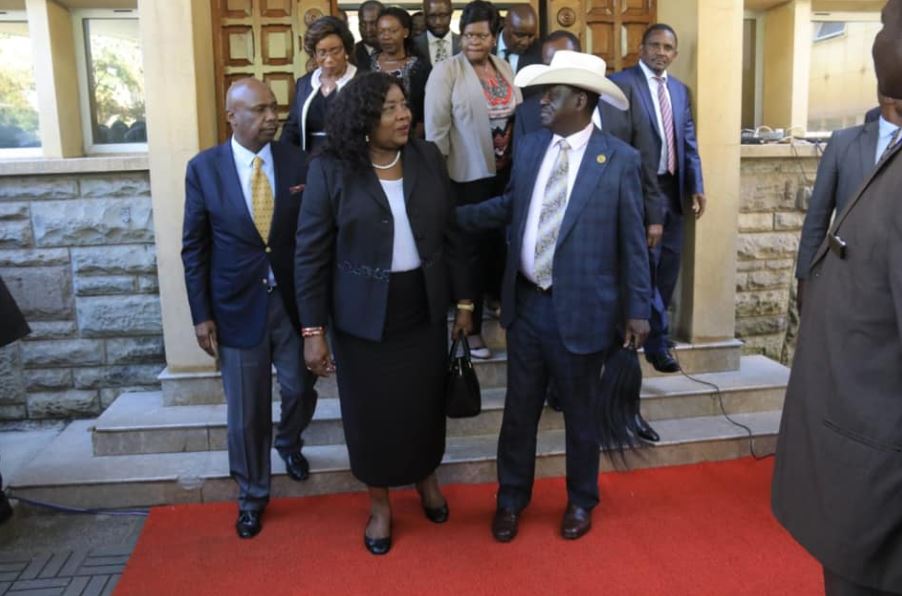