There was drama in Kisii today morning after a  used to bury a child was found near a river.The child was buried yesterday evening, days after she complained of headache and died.

The incident happened it Gionseri, Bobasi in Kisii ,remote parts of Kisii.The coffin was without the remains of the child .Immediately after discovering that, villagers rushed to the grave to check whether the body was there only to find it empty. They are now moving from one house to another to look for the body of the child.

This incident comes barely two months after 4 people were lynched in Kisii over witchcraft. They had been suspected of bewitching a school going child after she became number one in class. 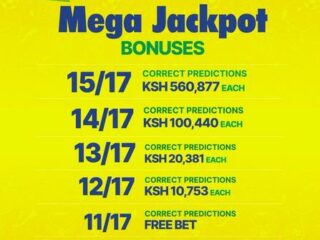 Best Betika Jackpot predictions for 17 games for this weekend,2/10/2022

September 29, 2022
Last weekend we didn’t have predictions for Betika jackpot for 17 games, but this weekend the company gives you a chance of winning Ksh...

September 29, 2022
Today we are offering a total of 9 accurate odds of football betting tips to each new subscriber, they are 100% accurate and will...

September 28, 2022
This weekend Sportpesa gives you a chance of winning Ksh 245.3 million. This is the jackpot everyone wants to win, this is the time...

What does it mean to be cup-tied?

September 28, 2022
There are many situations in which an European football team signs a new player during the January transfer window. The webpage 1xbet.co.ke - profitable...

Best Betika Jackpot predictions for 17 games for this weekend,2/10/2022