The professor had been provided with opportunity to head the Medicine department at Maseno University,he was to report in February.

Here is the biography of Professor Magoha:

Prof. George A. O. Magoha is the immediate former Vice-Chancellor, University of Nairobi (UoN), since January 2005  to January 2015 and a Professor of Surgery and a Consultant Urologist, College of Health Sciences, UoN.  He is the current President of the Association of Medical Councils of Africa (AMCOA) from August 2013 and will serve in this capacity for a period of 2 years. He is also the Chairman of the Kenya Medical Practitioners and Dentists Board (KMPDB) from 2009 to date and has been a member of the board from 1999. He has been Chairman of Kenya Association of Urological Surgeons (KAUS) from the year 1997 to 2013 and also the immediate former President of the Association of African Universities (AAU) where he served from 2011 to 2013. He has been a member of the AAU executive board from 2005 to date. Prof. Magoha has also been a commissioner in the Commission for Higher Education (CHE), currently, the Commission for University Education (CUE) from 2005 to 2013.

Born in 1952, Prof. Magoha undertook his primary education in Yala and Nairobi before joining Starehe Boys Centre and Strathmore College for his High School education in Kenya. He then proceeded to the University of Lagos in Nigeria where he studied Medicine.  He furthered his studies in Surgery and Urology at Lagos University Teaching Hospital, University College Hospital, Ibadan, Royal College of Surgeons, Dublin, Ireland and Royal Postgraduate Medical School Hammersmith Hospital, London, Department of Urology, where he earned various academic awards. He trained in executive management at the Stanford University, Graduate School of Business, and has many international professional honours and awards. Locally, the awards include Moran of the Burning Spear (MBS) and Elder of the Burning Spear (EBS).

Prof. Magoha established his career in Surgery at the Lagos University Teaching Hospital as an intern and rose to the position of Senior Resident and Clinical Lecturer in Surgery.  He also served as a Lecturer in the same hospital and a Consultant Surgeon in various leading hospitals in Lagos, Nigeria. Prof. Magoha joined the University of Nairobi as a Lecturer in Urological Surgery in 1988 and rose through the ranks to become a full Professor of Surgery in 2000.  He has served in various administrative positions at the University rising from Chairman of the Academic Department of Surgery in 1999, Dean of the School of Medicine, Principal of the College of Health Sciences, Deputy Vice-Chancellor in charge of Administration and Finance to Vice-Chancellor in January 2005.  During his tenure as the Vice-Chancellor he steered the University to achieve “Excellent” rating in the Performance Contracting evaluation for government institutions. The University of Nairobi is the only government institution that has ever attained an “Excellent” rating to date. The University has also experienced phenomenal growth and improved the quality of its academic programmes, infrastructure and work environment under his watch. The University currently graduates over 13,000 students per year and over 3,000 among these are graduate students.

Prof. Magoha is the current Chairman of African Network of Scientific and Technological Institutions (ANSTI).  He also represents African Continent in the Confucius Council in Beijing, China from 2009 to date.  He also serves as an Honorary Consultant Surgeon and Urologist at Kenyatta National Hospital and Nairobi Hospital.  Moreover, the Kenya Medical Association honoured him with Distinguished Service Award for services he offered to the Medical Profession in 2008.

Prof. Magoha has published more than 60 peer-reviewed publications and supervised to completion over 40 Master of Medicine (Surgery) students.  He is a member of many professional bodies in Urology and Surgery including British Association of Urological Surgeons (BAUS), Société Internationale d’Urologie (SIU) among others. He is actively involved in research in male erectile dysfunction, prostate, testicular and penile cancers, circumcision and HIV/AIDs. He is a fellow of the International College of Surgeons (ICS), African Academy of Sciences (AAS) and the Kenya National Academy of Sciences (KNAS) among others.

Prof. Magoha is married to Dr. Barbara O. Magoha and together they are blessed with a son, Dr. Michael Magoha. 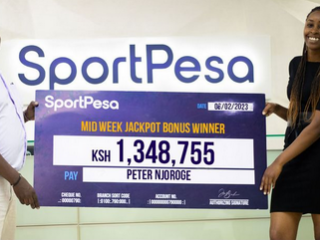 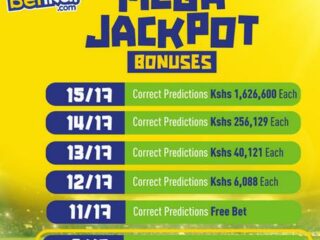 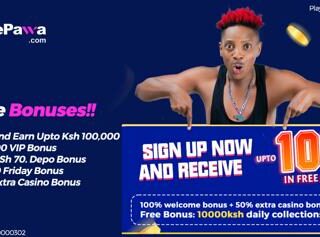