There are banks in Kenya which charge highest interest rates,I mean not reasonable enough for a common man.These banks normally target high end customers,who are capable of negotiating the interest rates.

When you are seeking a loan in Kenya,you have to apply for it in a bank which charge the lowest interest on loans.There are,however,banks that charge the highest interest,some of them local while others foreign.

Before applying for a loan,make sure the amount you are going to pay as interest is less than a quarter of the principal amount.That is why the banks listed below are the worst when it comes to loans

Barclays– The loans from Barclays Bank are extremely expensive compared to banks like Standard Chartered Bank
Remu Microfinance– This is one of the most expensive and exploitative, their interest rate is above 20%
Bank Of Africa– 18.79 % is what they charge and if you have guts then go for it.
Uwezo Microfinance-They charge 30.25 % and I doubt whether ordinary citizen will afford this.
Rafiki Microfinance– If you want to throw your money go for Rafiki microfinance, their interest rate is 20.41, which is extremely high.

Among the banks with lowest interest rates on loan include Standard Chartered Bank,Jamii Bora Bank,Kenya Commercial Bank and Family bank.Others include Commercial Bank of Africa and Equity Bank.

But you should know that taking a loan from a SACCO is much cheaper than from a bank since SACCOs charge lower interest rates than banks. 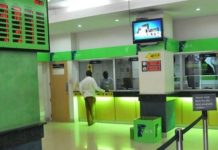