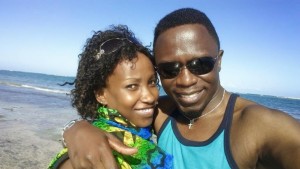 ODM Secretary General Ababu Namwamba was on Thursday evening poisoned at a popular joint in Nairobi.

Sources indicate that after reaching his home, he started complaining of stomach pains and he was rushed to one of the city hospitals.

On Thursday, Namwamba was conspicuously missing at Laico Regency where Raila Odinga was meeting western leaders.It’s not clear where the ODM Secretary General was hiding but it’s believed that he was holding another meeting with some Jubilee leaders.

Namwamba’s latest political moves have been heavily criticized by the opposition,some terming him as a traitor while others pressurizing opposition leader Raila Odinga to force him out of the party.

The University of Nairobi trained Lawyer is determined to be the official Luhya Community Leader,which is not easy considering that the position has attracted Ford Kenya Leader Moses Wetangula,Amani Leader Musalia Mudava and bull fighter Bony Khalwale.