When it comes to wealth and riches,there are few families that control the economy-they simply dominate us in all aspects.It is said that less than 20 families in the country own a quarter of Kenya..and it’s true.

Surprisingly,those who have grabbed power and authority have managed to amass so much wealth that has seen them rank among the wealthiest people on earth.

Looking at the rich list,the following are the wealthiest families in Kenya

1. Moi Family
President Daniel Toroitich Arap Moi was the second President of the Republic of Kenya and he accumulated his wealth during his 24 years as the President.

Moi family is estimated to be worth close to Ksh 300 billion.His sons,Philip,Gideon and others are worth at least Ksh 100 billion,the rest is owned by the former President.

Among the assets Moi family owns include Transnational Bank, Sunshine Secondary School, Standard Media Group Shares, Kabarak University,huge tracts of land in rift Valley and other parts of the country, among others.

Though this family was exposed to state power, most of the wealth was created after the death of Jomo Kenyatta.
The family own Heritage Hotels, Peponi School, Brookside Dairy Ltd,Commercial Bank of Africa,Clay Works,Rift Valley Lodge,shares in Kenya Power,500,000 Acres of Land among other assets.

3. Bhimji Depar Shah & Family
This family was ranked the wealthiest in Kenya by forbes in 2015 with an estimated net worth of $700 million.

The family acquired their wealth through hard work, determination and consistency. Their source of wealth came from Bidco Industries Limited which is located in Thika ,Kenya

4. Naushad Merali
Naushad Merali was named the second richest man in Kenya in 2015 by Forbes with an estimated net worth of $ 550

He is the founder of the Sameer Group, a Kenyan conglomerate with interests in agriculture, construction, information technology, property and finance

He owns Sameer Business park situated along Mombasa Road, Sameer Tyres and many other assets.
Naushad is among the few Kenyans who created wealth from scratch and he has employed over 20,000 Kenyans.

Though he retired from active politics in 2007 the Kisii leader is very wealth and has a lot of influence in Kisii Politics.

Nyachae creates his wealth during Jomo Kenyatta and Moi era when he served in both regimes in powerful dockets.

His assets include Kabansora Ltd and Credit Bank.He also has interest in farming and real estate.

6. Mwai Kibaki
Mwai Kibaki was the third President of the republic of Kenya; he served Kenya as the President for 10 years.

The retired President served in Kenyatta and Moi Regimes in powerful a docket; that’s when he accumulated most of his wealth.

He owns Silver Springs Hotela cement industry,oil company and many other undisclosed assets.

7. S.K Macharia
S.K Macharia rose from rags to riches; his story is in public domain and it has inspired so many Kenyans.

S.K Macharia is the founder and Chairman of Royal Media Services which own more than 15 radio and TV stations in Kenya.

His estimated wealth is in excess of Ksh 50 billion

Raila Odinga is the former Prime Minister of Kenya and the leader of the opposition.He is the son of the first Vice President,Oginga Odinga.

Michuki left  a lot of money which the family is managing.until his death,he was one of the most influential businessman and politician.The total assets amounts to Ksh 60 billion. 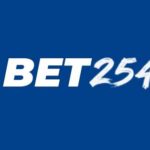