On Wednesday, opposition leader Raila Odinga launches a kitty whose contributions will be used to settle Teachers’ salary.

While speaking at Uhuru Park, the former Prime Minister pleaded with Kenyans to contribute via mobile money transfer services to paybill number 672672.

During the rally, Raila Odinga and Co-principal Kalonzo Musyoka deposited Sh 100,000 each to the pay bill number.

The two leaders used the platform to heavily criticize the government for neglecting teachers, and ignoring the plight of school going children. They vowed to send Jubilee home in 2017 in broad daylight.

Most of the leaders who spoke also accused President Uhuru Kenyatta of tolerating corruption, wondering why he is not keen to fire Devolution Cabinet Secretary Ann Waiguru. 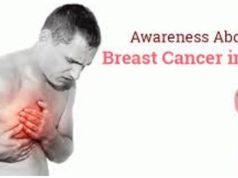 How to Receive 5 Versions of Betika Midweek Jackpot Predictions from...

How to Receive 5 Versions of Betika Midweek Jackpot Predictions from...