Asha Mandela became the Guiness World Record holder on Friday after beating a couple of contestants.

The 25-year old has been warned in several occasions by doctors against keeping hair which weighs three times more than her body weight. They argue that the dreadlocks could easily paralyze her.

The woman has decided to give the doctors a blind ear and vows to continue feeding the dreadlocks with necessary cosmetics which could make it even longer. 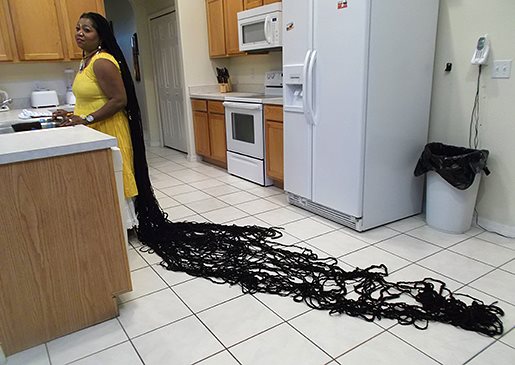