Celebrated Classic FM presenter Maina Kageni will go into the Guinness books of records as the first ordinary Kenyan to collect over Ksh 20 million within a day.

Maina started the campaign this week, which is aimed at collecting funds to help build a hospital for cancer children. His target was just Ksh 10 million but he was shocked to realize that Kenyans love him-the money poured into the account and within 3 hours, the record was set.Maina could not control tears of joy as he announced that the target had been surpassed. 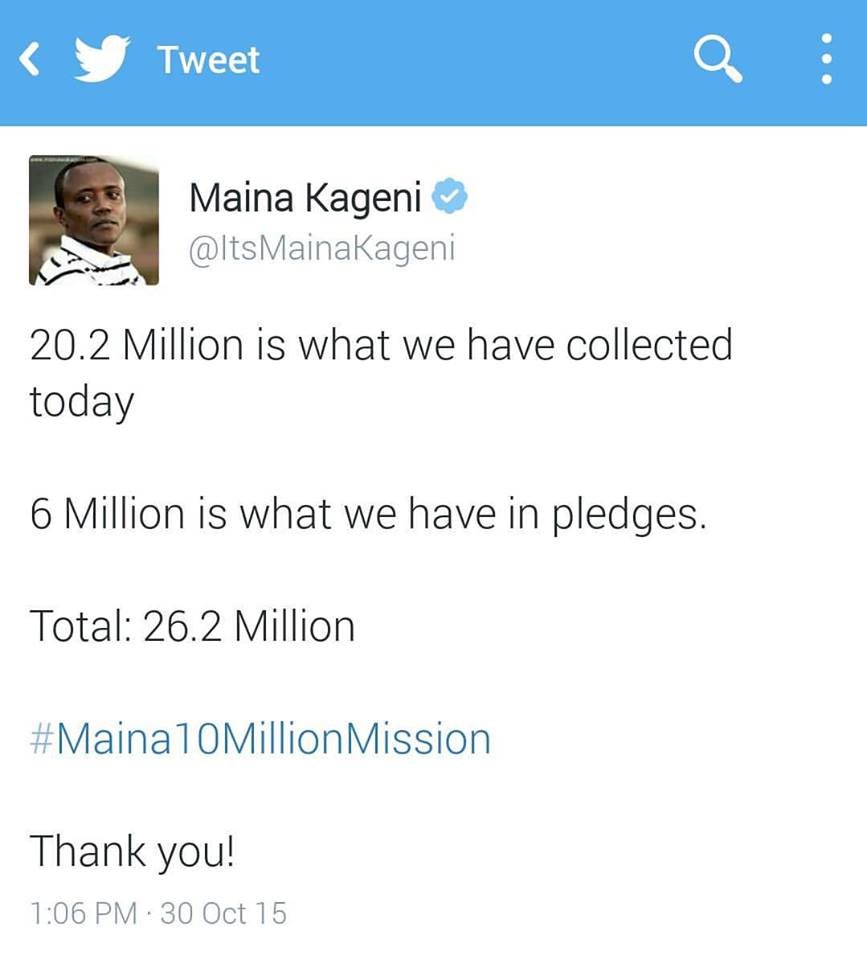 In the recent past, Kenyan spirit has been tested and proved that indeed they are ready to help genuine medical cases. It started with Jadudi who had brain tumour and needed Ksh 6 million to fly to India for Medication. The story was highlighted by Bikozulu and popularized by Zawadi Nyongo; within a day Sh 6 million was raised.Jadudi underwent a successful surgery and is now recovering.

Were it not for our tribal leaders, Kenyans could achieve a lot.