Barely two months since Betty Kyalo Okari was openly seduced by Prezzo, has the KTN news anchor exposed too much skin that caused discomfort among male species.

The photo, which she posted on her Facebook page, attracted so much criticism, with majority of her fans thanking Prezzo for behaving the way he did during the infamous interview. 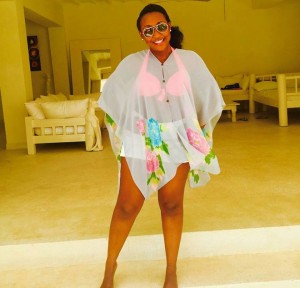