The tallest and biggest dog in the world will be unveiled soon by the Guinness Book of Records, and this dog from Wales is expected to be crowned.

The dog originates from the Wales and measures 4 feet, implying that it’s taller than almost half of the people on the universe.

Major, the three-year-old pooch who towers over its owners, is awaiting the judgement from Guinness World Records which is due next month.

Owners Brian and Julie Williams live with the humongous hound in South Wales.

The two state that their dog eat twice what the entire family consume each day, and the meals are provided at least twice a day.However,they believe their pet is an asset to them as several individuals have made requests to buy it.

Walesonline reports that the dog who turns four in September, will be up against fellow Great Danes Freddy from Southend in Essex, and Rocco, from Nevada in the US – so he’s guaranteed a top-three finish. 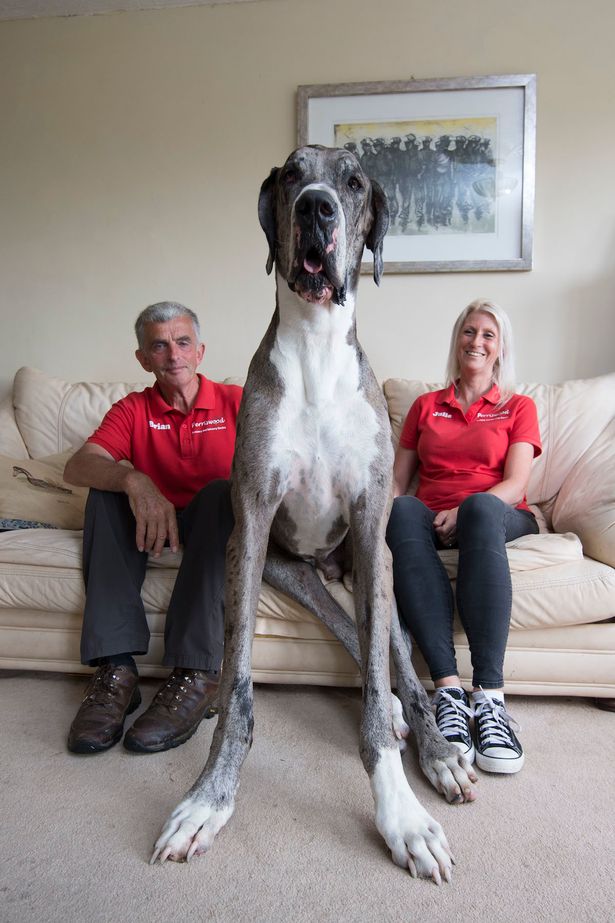