This article particularly goes to university students as well as job seekers. It’s always hard to determine best degree course to pursue in college given two options-statistics and computer science. But there are several factors to consider before settling on either of the two.

In terms of salaries, statistics graduates usually have better starting salary than computer science graduates. This happens when NGOs,top government institutions and audit firms employ statisticians for the roles of data analysts,statisticians,graduate trainees, data managers and business analysts.Unfortunately,the course (statistics) has salary ceiling. It’s hard to find a statistician earning over Ksh 500,000 per month even if he possesses a PhD.

When it comes to job opportunities, statistics has more than computer science. Unless an individual specialized in software engineering, it takes computer scientist at least 1 year to secure a stable job, but not more than six months for a statistician.

Computer science is very unique an unpleasant to many Kenyans who are not good in programming but statistics related jobs can be performed by anyone. The competition for computer science jobs is among those who pursued computer and IT related jobs only but data analysis and statistics jobs can be done by actuaries, financial analysts, economists and monitoring, mathematics and evaluation officials. 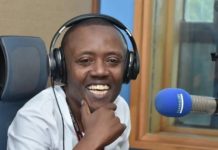