Ikua died on April 1, 2017 after succumbing to lung Cancer.

The N-Soko Property host announced in 2015 that he was Cancer positive. In a Facebook post, Janet appealed to well-wishers to finance her treatment in India. More than Ksh 10 million was raised.

In 2016 she arrived from India after undergoing treatment. Announcing she was cancer free, Janet thanked Kenyans for standing with her.

“My life on camera took a sudden turn when I was diagnosed with cancer in September 2015. It has been quite a journey but I am happy to declare that I am Healed by the Blood of our Lord & Saviour Jesus Christ! Amen!”,Said Janet in a Facebook post

It is reported the disease recurred. Efforts to save her life in India were futile…she is now dead.

May her soul rest in peace 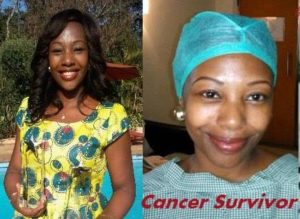