George Lutherodt is a Ghanaian Councillor who women love like a cult.The man of God has warned them against allowing poor men to marry them,saying it’s a ticket to hell.

The counsellor says that if a beautiful and attractive woman is still single , or hasn’t been proposed to, she should just buy a mirror, hang it in her room and weep”

Lutherodt went further to advise women to arrest any poor man who uses their photos as profile pictures on social media.

According to him, a man who is not married to a lady does not have the rights to use her image as a DP reiterating the need for such men to immediately be arrested.

“Report such a man to the police and let them know he is using your image to perpetrate crime”, he stated. Never allow a poor man to marry you. You will die early and go to hell. A man who cannot afford a square meal and a snack should not dream of marriage because he cannot fend for himself”, he said.

He also said it is an insult for man who is squatting with someone to come and seek a lady’s hand in marriage describing such a person as a criminal who is committing crimes against humanity.

“There are some of the men who have no rooms of their own who live in obey the wind chamber and hall. Any man who is of age but not reminded by his parents, such parents are witches and wizards. Never support a man to marry you. He must be fully responsible to cater for you and therefore must bear all the cost of the marriage.” 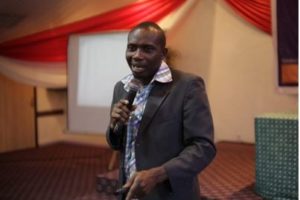