Anthony, who contested the seat several years ago and lost, has been camping in the constituency for the better part of this month. His opponents seem to have lost ground after hundreds of thousands of youths declared Kibagendi is their man.

The Maseno University Alumni, who once appeared on K24’s Young rich program, will face off with Mr Omwando, James Onkangi, Engineer Peter Mochoge and Andrew Maubi, who are trailing the youthful contestant.

After the nominations, Anthony will face boastful Richard Onyonka, who constituents have rejected for defecting from the party which has fed him for 5 years.

Yesterday,Mr Kibagendi expressed optimism and urged his supporters to help him make the dream a reality:

“I urge my fellow constituents to come out in large numbers to support my candidature. I have bigger plans for you”, he said amid cheers. 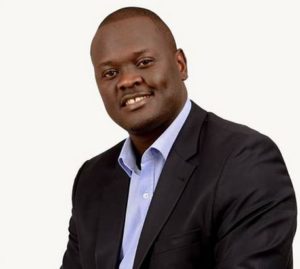