The Nark-Kenya leader always dressed in vitenge, and has never given Kenyan men a chance to see her legs. But this week, she did the contrary as she flexes her muscles for a bruising contest against Annie Waiguru in the forthcoming elections. 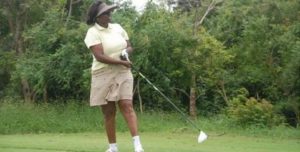 Martha is a single mother, a veteran politician. She dated GBM Kariuki but later divorced after Mr Kariuki accused her of mistreating him. She is currently single.