The government of Kenya has rolled out a new HIV prevention drug dubbed PRep, which will be used by individuals to prevent the spread of HIV/AIDS.

Kenya has been the site of trials and demonstration projects of daily oral PrEP in serodiscordant couples, heterosexual women, men who have sex with men and sex workers. PrEP is slated to be included in the PEPFAR-supported DREAMS initiative focused on young women and adolescent girls.

PrEP is incorporated into the Kenyan HIV Prevention Revolution Roadmap and is also identified as an evidence-based intervention in the most recent Kenya National Strategic Framework (KASF). PrEP is also included in the Guidelines on use of ARV drugs for treating and preventing HIV infections in Kenya – 2016 edition.

Civil society and Kenyan researchers have worked in close collaboration to advance PrEP access in country, with dialogues and advocacy among key populations and at the national stakeholder level.

The goal of PrEP is to prevent HIV infection from taking hold if you are exposed to the virus. This is done by taking a pill that contains two HIV medications every day. These are the same medicines used to stop the virus from growing in people who are already infected.” A statement from CDC reads in part.

HOW TO USE THE DRUG

The Unknown about the PreP drugs• The research studies are yet to clarify as to whether the prolonged use of the PrePs would have adverse health problems. 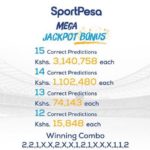 April 7, 2021
There are hundreds of Kenyans who bet for Sportpesa and Betika Jackpots every week. To bet for these... 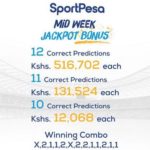