NASA flagbearer Raila Odinga has been left naked after his cousin,Jakoyo Midiwo,quit ODM.

Midiwo, who was floored in ODM nominations, resolved to contest the Gem Parliamentary seat as an independent candidate, leaving Raila trembling. As you know, Midiwo was not any ordinary member of ODM—everything Raila did had to pass through Midiwo and Oburu, who were the Chief Advisors. By leaving the party, Midiwo has sneaked out with mountains of secrets which the ruling party, Jubilee ,would want to know as they prepare to show Raila dust.Uhuru, being a smart politician, has already approached Midiwo.

As Raila parties in Israel, things are happening right in his bedroom, even in kitchen, and within no time, he will be left completely naked.

Midiwo is a bitter man, he has vowed to teach Raila, who he calls a perennial loser, a lesson. Ours is to watch as Raila is being retired by the first president’s son. 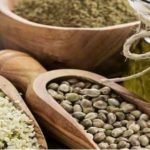 November 23, 2020
Yesterday every subscriber received 2 correct score predictions,9 out of 111 games won. There is a particular group...

November 23, 2020
Mozzart jackpot is among the best jackpots in Kenya.Venas News offers 3 sure versions of the analyzed jackpot...

How to Receive 3 Versions of Betika Grand Jackpot Predictions from Venas News—Earn Ksh100...

November 28, 2020
We are sending a total of 3 versions of the analyzed Betika jackpot to each of our subscriber....