Ciku Muiruri has come out to advise Emmanuel Abisai, the Sportpesa Jackpot winner. The former Classic FM presenter took to Facebook to tell Abisai the reality about the Ksh221 million he won.

Without pre-empting what the girl says, here is her advice:

So a young man won Sh 221 million betting on football. I won’t lecture young people on the perils of gambling – In many cases it’s a disease just as serious as alcoholism but that’s a story for another day. This guy won this money on his second try (hardly a serial gambler), just one lucky bugger. But the thing is Sh 221 million sounds like a lot of money but it really isn’t. Have you ever gotten a new job and gotten double your previous salary? You find that after a few months you are still waiting for the end of month in much the same way as you did with the previous salary. Why? Simply because of demand and supply. The more supply you have of cash, the greater your demand for things and possessions that you never bothered with before.

Let me break down this money for you. 30 per cent of 221 million goes to KRA. Our friend who has never paid taxes in his life (he was under the tax threshold) all of a sudden, is introduced to Caesar who takes his portion and leaves him with Sh 154, 700,000.

Then, he says he want to build a soccer academy. This is not for profit but to give back to the society in his hometown of Kakamega. That’s nice and noble but what does he know about running an academy? People sometimes make the mistake of thinking their passion for something is sufficient to maintain a viable operation. But has he really considered the cost implications? You don’t merely buy land, put up a few goal posts and you’re done. You need cones, footballs, bibs, hurdles, stepladders, uniforms, goal nets, whistles, changing rooms). In addition to the start up funds, you have facility operations costs (Who will maintain the grounds, pay land rates etc). Then you have facility management costs (Administrator, accounts, you need to hire professionals to train these boys – football coaches and assistants, a sports physiotherapist). You will have facility marketing costs to spread the word (The last thing one wants is to walk into a sports facility that’s eerily quite except for the buzz of lights and the sound of one or two athletes). All this will cost money. A lot of it. The worst part is that it is recurrent expenditure with no money coming in seeing as it’s a philanthropic exercise. Before we even cost this – Let’s look at some of the other stuff he will be doing.

He will move out of Komarock. Probably buy a house. Where? Lavington? A nice town house will set him back Sh 45 million. Perhaps he may go to Buru Buru. You can buy a house there for 8 million but remember what I told you earlier? Double the salary, double the spending. He will want the leafy suburbs. So 45 million gone, we are down to Sh 109,000,000.

Then you have to furnish this beautiful townhouse. Off to Odds and Ends/Furniture Palace or anywhere you’ve seen billboards all your life and you’re excited you can finally walk in there and buy the store. Drop 3 million on the modest side. Now you need a car. Pick up a Range Rover for 22 million. Why bother with second hand? The comprehensive insurance on this annually will set him back Sh 1m.

Visit Little Red and buy yourself some tailored suits, shoes and silk ties. Another Sh 1m.

Then your relatives and friends check in for their pound of flesh. Buy mom and dad a house and a farm. Another 20 million gone. Give siblings and extended family 10 million or so. They’ll keep coming back by the way.

Where are we now? Down to 47 million. And we haven’t done costs for the academy yet. We haven’t taken into account the booze, the travel (probably to watch soccer matches live in Europe) and mad spending one will do when hit by a windfall. Food for thought – People win this kind of money in US dollars all the time in lotteries and still manage to blow it all. In USD equals what this guy won multiplied by 100. And they blow it in just a few years.

My point? Relax, my friend. Once you realize it’s not that much cash, you won’t go crazy. If you want to build a sports facility, make it a business and give scholarships to talented, under privileged kids. But most people who attend should pay for the facilities, it’s just not practical to have it all free.

Don’t buy a house in Lavington. If you want to live there, rent a place. Instead use that 45 million to build flats in Komarock and collect rent. Hell, you can buy the building you were living in.
Ask family and friends for viable business plans that you can invest in. If you give them fishing rods, they won’t keep coming to you for fish. And if they come up with good proposals, your investments in these ventures will also make you cash.

Finally, buy the Range Rover. Buy the clothes. Watch a Champions League and World Cup final live. Why not? Screw it, you won 200 million. You need something to show for it. 🙂 🙂 🙂
Good luck. 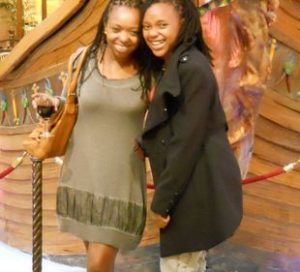