Kenyans can now afford a smile after tons of maize arrived at the port of Mombasa today morning.

The maize is currently being offloaded at the port of Mombasa and will be distributed to various towns in the country. It will then retail at a price less than the current Ksh 170 per 2kg packet.

The precious commodity was procured by the Kenyan government early last month after it became clear Kenyans would not afford high cost of cooking flour.

The cost of maize flour has persistently increased over the past one month, reaching unbelievable price levels. Though the government gave unconvincing explanation, it became clear the Ministry was not prepared to tackle drought crisis.It has now embarked on importing maize from far North and West Africa.

Here is the first ship with tones of maize 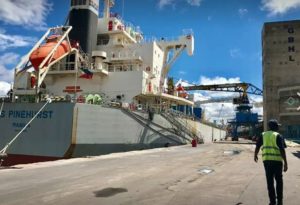 January 14, 2021
We offer 3 versions of Mozzart jackpot predictions to each of our subscribers on daily basis. Our subscribers...