Raila Odinga,NASA leader has build a Ksh 1 billion house in Kisumu.The 24-room house is like a State House,Which is located on Riati Hills.

William Ruto,who is building a Ksh 1.2 billion house in Eldoret,felt jealous of Raila and said:

“It is more blessings to give than to receive… There are those who instead of going to contribute to construct a church they have gone up the hill to construct a house worth KSh 1 billion,” he said on Sunday, July 5, 2015.

Below  is the house Ruto was talking about 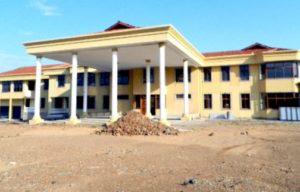 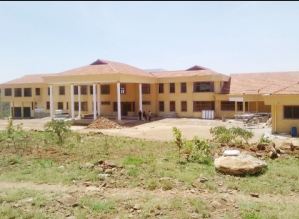 This structure ,which is built on Riat Hills, Kisumu is Raila Odinga’s state house.It will host Green Outreach Foundation-Africa and conference, media, recreational and office facilities for hire.

Apart from this particular house,Raila owns a Ksh 500 million home in Nairobi,a house in Mombasa and another one in Bondo,where he was born.