Emmanuel Abisai,the man who won nearly a quarter a billion Ksh has shocked the entire nation after he spent a record Ksh 50 million in two weeks.

Abisai, who is holidaying in France, bought a brand new Mercedes Benz worth Ksh 33 million last week before embarking on a one week holiday in France.

Emanuel is expected to spend a total Ksh 10 million in France and then he return to the country to feast with friends and family members.

Photos from his new destination shows Abisai having good times as he drain his bank account.

Already, Abisai has told his friends he will relocate to a Ksh 150,000 apartment in Kileleshwa.He is also planning to build his mother a house.

Below is what the former tailor is doing in France 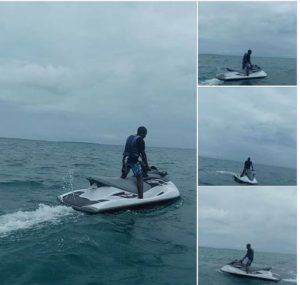 December 2, 2020
The only way you can win a jackpot like Betika is by betting for it regularly. If you...

December 2, 2020
We have a total of 11 free soccer predictions today which every subscriber will benefit from. You can...

December 2, 2020
First, before you bet for Champions League matches, receive our 100% sure betting tips and see the amount...

December 2, 2020
We are offering 2 sure correct score tips today to all our subscribers. Yesterday 5/6 games we sent...

November 27, 2020
We have a total of 11 sure GG(Both teams to score predictions for our subscribers. The total odds...

How to Receive 3 Versions of Betika Grand Jackpot Predictions from Venas News—Earn Ksh100...

November 28, 2020
We are sending a total of 3 versions of the analyzed Betika jackpot to each of our subscriber....