In a show of mighty, Nairobi Governor Evans Kidero has acquired over 200 luxury cars, including trucks for his 2017 campaigns.

The governor’s fleet of cars include limousines, Land Rover, Isuzu trucks, Toyota V8 and many other branded cars which are roaming the streets of Nairobi, in readiness for the highly anticipated bruising battle with Nairobi Senator Mike Sonko.

Photos splashed in the media show the cars parked in various parts of Nairobi while others moving from one estate to the other. Most of the cars bear the KCK number plates, meaning they were imported not long ago.

We have also information that Sonko is prepared to unveil his over 300 branded cars this month. The cars are on transit and they include Range Rover, Totota Land Cruiser and many other top of the range vehicles.

We are also informed that Sonko is planning to spend close to Ksh 6 billion for his campaigns while Kidero has set aside Ksh 5 billion. 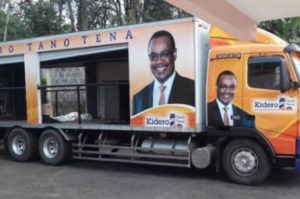 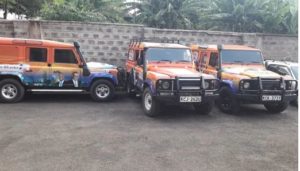 November 28, 2020
Leo tuko na mambo mazuri mazuri.There are plenty of betting tips we are going to send to our...

Best Teams To Bet For Every Week and Win Regularly

November 23, 2020
If you want to win every week, there are specific teams you should bet for. Recently, we updated...