At least 19 people were killed and about 50 others were injured in what British Prime Minister Theresa May called “an appalling terrorist attack” after an Ariana Grande concert Monday night at Manchester Arena in England, authorities said.

Greater Manchester Police said the incident was being treated as terrorism. A senior White House official told NBC News that President Donald Trump, who is on a visit to Jerusalem, had been briefed.

Police said the explosion took place outside the arena, which is near the Manchester Victoria transit station, as the concert ended at about 10:35 p.m. local time (5:35 p.m. ET), catching people as they exited.

“This is clearly a very concerning time for everyone,” he said at a brief news conference early Tuesday.

U.S. officials said initial reports indicated that some of the casualties might have been caused by a stampede of concert-goers.

“My thoughts are with the victims and the families of those affected,” Prime Minister May said in a brief statement, noting that police are handling the explosion as “an appalling terrorist attack.”

Grande tweeted early Tuesday: “broken. from the bottom of my heart, i am so so sorry. i don’t have words.”

from the bottom of my heart, i am so so sorry. i don’t have words.

In a statement, Scooter Braun, Grande’s manager, thanked “Manchester’s first responders, who rushed towards danger to help save lives.”

“We ask all of you to hold the victims, their families and all those affected in your hearts and prayers,” he said.

And the singer Victoria Monét, the opening act, said in a statement that she was safe but “heartbroken that loved ones who came to have the night of their lives ended up losing them.”

“I wish I could say that I am OK, but I am not,” she wrote, adding: “Please send all your prayers up high for Manchester.”

The U.S. Department of Homeland Security confirmed that it was closely monitoring developments, but it stressed that there was no information to indicate a specific credible threat involving U.S. music venues.

Ivo Delgado, who attended the event, told NBC News that the concert had just ended when “I just heard a loud bang.”

“People started screaming and going to the other side of the arena,” said Delgado, who said he saw at least one person with blood on his face.

Steve Rotheram, mayor of the Liverpool City Region, tweeted that his two daughters had been in attendance and were safe. 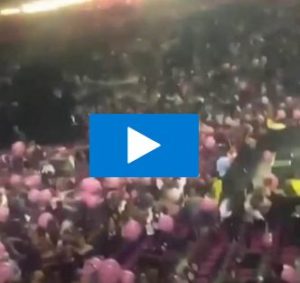 September 20, 2020
Odibets has not only established itself as one of the leading betting firms in Kenya but a company that has the interests...

How Odibets changed the life of Dancehall artist in Kawangare, untold...