While appearing at JKL show, Waiguru said even the gods are against the former Prime Minister, who she described her worst enemy. The Kirinyaga Governor hopeful clarified that NYS lost no money and that she was framed by the hateful Raila.

“I was framed because I am a woman. The work I did for three years as the Devolution Cabinet Secretary was more than what Raila did for Kibera people in 25 years. The NASA leader was jealous at me, that’s why he framed me”, said Waiguru.

Waiguru further reiterated that she will take Raila to court once she is elected Governor, arguing that the NASA presidential candidate had no evidence to implicate her in the NYS saga.

Waiguru is the incoming Kirinyaga Govenor,going by the recent nomination results.Her opponent, Martha Karua is seen as a NASA sympathizer and an opportunist. 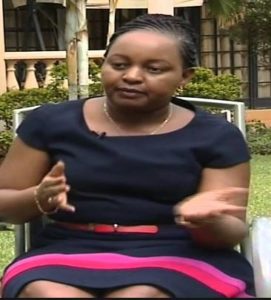