It’s well-known that some passports are more powerful than others. Take, for example, the German passport, thought of as the most powerful global entry tool on Earth. As Travel + Leisure previously reported, German passport holders can visit 177 countries around the world without needing a visa.

And while being able to visit more countries is cool, what may be even cooler is being a card-carrying member of the world’s most exclusive passport: the Sovereign Military Order of Malta.

According to the Independent, the Catholic order, which had its sovereignty recognized by Pope Paschal in 1113, is home to the world’s rarest passport. In fact, only 500 of these passports are in circulation around the globe right now, according to the Order.

The passports only remain valid for four years and are strictly linked to the duration of a given assignment by the Order.

The Sovereign Order of Malta maintains diplomatic relations with 106 states, meaning all of these states accept the diplomatic passports as a valid form of identification. The passports even include biometric features and are compliant with the International Civil Aviation Organization (ICAO) standards.

Currently, the Sovereign Order of Malta is active in 120 countries, where it helps to care for people in need through its medical, social, and humanitarian works. The Order is especially involved in helping people living in the midst of armed conflicts and natural disasters. It is also a permanent observer status at the United Nations.

Additionally, as the Order noted on its site, “It is neutral, impartial and apolitical.” As the Independent explained, the order is currently made up of over 13,500 knights, dames, and chaplains along with 80,000 permanent volunteers and 25,000 employees, so obtaining one of those 500 coveted passports is even rare among this limited crowd. 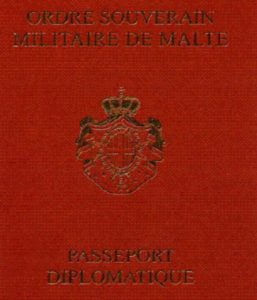