Apple IPhone 7 Prices in Kenya vary from one shop to another. While most people prefer to buy the phone from Safaricom, the telecom company isn’t the one with the best offer. In fact,Jumia sells it Ksh 43,000 cheaper yet the phone in both shops has the same features.

Apple IPhone is not for a regular citizen, it’s for exclusive club,one that has people who can spend up to Ksh1 million a month without draining their bank accounts. These people have little time to shop at Luthuli Avenue, which is why Safaricom is their most preferred shopping shops.But even as they don’t feel the pain of paying more for a quality gadget, it’s nice to save a whooping Ksh 43,000 by ordering the phone online ( Here is the order link)

Apple IPhone 7 has the following features: 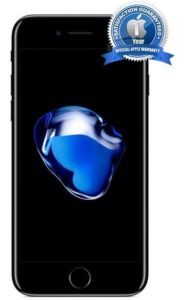 The best thing about the phone is the memory capacity, which is 128GB.The phone has also the most powerful processor, iOS 10.0.1, A10.The camera is also extremely powerful.

The phone is simply amazing but the only limitation for a common Kenyan is the price. But if you can afford Ksh 94, 000, you can order it today from Jumia(You can see more about the phone here)