For many years,Kenyans have been wondering why exactly our brothers and sisters are dying of cancer.While this is the case,below could be some of the reasons.

For majority of Kenyans, Panadol is a popular painkiller that contains aspirin and paracetamol.

Revelations at our disposal disclosed that that some unscrupulous restaurant operators use Panadol to prepare meals that take long to cook, allegedly to tenderise maize and ‘tough’ legumes such as beans and green grams and meat so as to save time and fuel. Githeri placed say at 8 am to feed up to 50 people, gets ready for serving by noon when this drug is added into the menu.

It is alleged that the drug is first crashed into powder and sprinkled into the boiling githeri especially when the water starts to boil. After this, the food is ready within the next two hours and ready to be served.

It has been revealed that the amount of Panadol used for a particular meal is determined by the amount of food being cooked. For instance, between 15 and 20 tablets are used for the big sufurias of githeri.

Paracetamol is hazardous if taken in high doses and health experts say it becomes poisonous when subjected to heat, the reason many patrons develop a running stomach after enjoying that delicious plate of this favourite delicacy.

While consumers of food tenderised with paracetamol may not experience immediate discomfort, the possibility of long-term side effects cannot be ruled out such as liver and kidney damage.

Cooked paracetamol and aspirin oozes some lethal salicylic acid that can cause some life-threatening allergic reactions in the body that may result to very severe stomach ulcers or even kill the victim.

At this rate, Kenyans may be forced to start carrying their own food around or eat from home because your favourite restaurant or ‘Mama Pima’ may be killing you slowly. Kenyans love shortcuts.

Besides the use of Panadol,several cases have been reported of Kenyans cooking food with transformer oil.The rogue Kenyans argue that the oil can be reused several times,unlike the common cooking oil.More shocking is that most of Sukuma Wiki in Nairobi is planted along Sewage lines.In some cases,when customers boil the sukuma wiki,the smell of sewage is clearly felt.

Some of these things could be the cause of chronic diseases like Cancer,Diabetes,Kidney failure and high blood pressure.

CNN Replies to Donald Trump in the Most Hilarious way after he Called the Media House Source of Fake News!!! 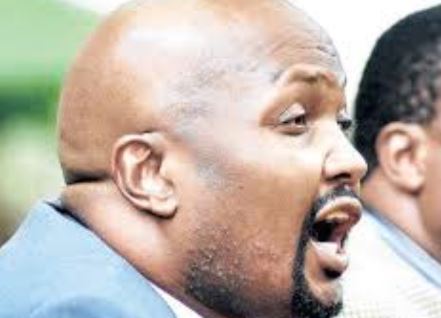 Raila will be Sworn in Embakasi-Kuria