Dr. David Ndii is the man on the spot, an Economist who Raila picked to advise him on matters to do with secession and People’s Assembly.

Dr. Ndii, founder and managing director of Africa Economics, is one of East Africa’s leading and most influential independent economists.

He has extensive experience in economic policy, which includes Economic advisor to the Government of Rwanda, public finance expert to the Kenya constitutional review Committee of Experts (COE), advising the NARC administration on the Economic Recovery Strategy (ERS) credited with the post 2003 recovery of the Kenyan economy.

He has written extensively in the Kenyan media on economic development and governance issues and is a popular public speaker.

He has doctorate and master’s degrees in economics from university of oxford, masters and bachelor’s degrees from the University of Nairobi, is a Rhodes Scholar and Eisenhower fellow.

Ndii is ranked as the 26th most influential economists in the world. He is currently the lead strategist in NASA 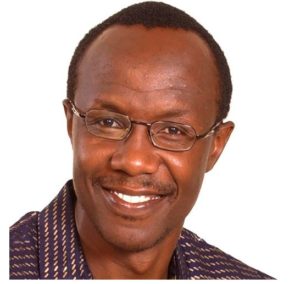 January 10, 2021
It’s only Mozzart which is available today but it’s worth betting for because the bonuses awarded to winners...

January 13, 2021
The way I am seeing this Sportpesa Mega Jackpot, we will win a lot of money this weekend,...

January 11, 2021
Yesterday our tips performed extremely well, all the odds we sent won. Today we have also prepared up...