Latest news indicates that Raila Odinga Junior may be appointed by President Kenyatta as a Principal Secretary.

Raila submitted the name, among other names, to President Kenyatta for consideration. This decision came after the two agreed to work together.

Raila is also expected to benefit from Uhuru’s administration in many ways,but he won’t be offered any government appointment.

In less than two weeks from now, the opposition leader will formally announce to work with the government for the sake of unity-this will come after Kalonzo jets into the country. 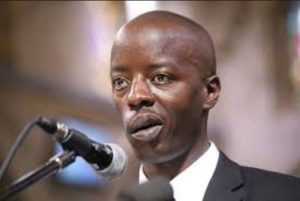 October 29, 2020
There is no any other category which has better odds than correct score. We offer 2 games only...

October 29, 2020
A total of 10 GG (Both teams to score) football predictions are available today where the total odds...

October 29, 2020
Betika Grand Jackpot tips will be available for our subscribers over the weekend. This will be the first...

October 29, 2020
We offer free predictions for Mozzart jackpot on daily basis as well as premium betting tips for those...