After plagiarizing Ferdinand Waititu’s congratulatory message to Uhuru Kenyatta,Mike Sonko was again found doing the same but this time from a more prominent personality.

Sonko had a meeting at his office alongside other leaders, after finishing the meeting, he took to Facebook to inform his fans about the said meeting.Instead of suing his knowledge to construct a sentence,he went ahead to copy a statement by Sheikh Hamdan Bin who is the Crown Prince of Dubai.

Sonko did not see any sense of editing some words,he lifted the entire story.Here is how he did it. 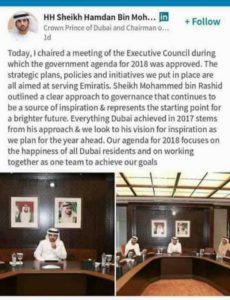 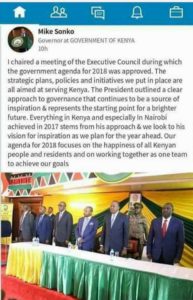 January 16, 2021
Today we have accurate Sportpesa Mega Jackpot predictions for our subscribers. The major target is to win Ksh103.8...