2.Whenever Agwambo wants to dump his girlfriend, he says: “ it’s not me, it’s you!”

3.Jesus could walk on water ,But Agwambo can swim on land.

4.When Agwambo gives you the finger, he’s telling you how many seconds you have left to live.

5.In fine print on the last page of the Guinness Book of World Records it notes that all world records are held by Agwambo,and those listed in the book are simply the closest anyone else has ever gotten.

7.A person failed to suicide 4 times. Until Agwambo heard about it.

8.Agwambo faked his death for 13 years…they call that period of time the great depression.

10.If you spell Agwambo wrong on Google it doesn’t say, “Did you mean Agwambo?” It simply replies, “Run while you still have the chance.”

11.Agwambo can delete the Recycling Bin.

12.Agwambo can climb a tree with his hands in his pockets

14.Leading hand sanitizers claim they can kill 99.9 percent of germs. Agwambo can kill 100 percent of whatever the fcuk he wants.

16.There are two types of people in the world… people that suck, and Agwambo.

17.Agwambo once went skydiving, but promised never to do it again.One ‘Rift-ed valley’ is enough.

18.Agwambo can win a game of Connect Four in only three moves.

19.Some people say that Agwambo is a myth. Those “some people” are now dead.

20.Agwambo can watch an episode of 60 minutes in 22 seconds.

21.Agwambo lost his virginity before his dad.

22.Agwambo can kill 2 stones with one bird.

23.Death once had an Agwambo experience.

24.Agwambo is the only person in history to beat up his shadow.

25.Agwambo does not use spell check. If he happens to misspell a word,Oxford will simply change the actual spelling of it.

26.Agwambo is NEVER late, nor is he early, he arrives exacly when he means to.

27.There is no theory of evolution, just a list of creatures Agwambo allows to live.

28.The grass is always greener on the other side, unless Agwambo has been there in that case the grass is mostly soaked in blood and tears.

29.Apparently the writers of the song ”I will survive” never met Agwambo.

30.Agwambo invented cd’s by staring at some vinyls on a record store.

32.Agwambo is the only man know to have beaten a brick wall at a game of tennis.

33.This one time,Agwambo ate an entire live elephant. And he wasn’t even hungry.

34.Sometimes, when Agwambo is hungry, he’ll eat cooked dough, tomato sauce, cheese, and pepperoni. But he doesn’t call it Pizza, because Agwambo doesn’t want to give the Italians any credit.

35.Agwambo will never have a heart attack, his heart isn’t nearly foolish enough to attack him.

36.Agwambo NEVER makes mistakes. He thought he did once, but he was wrong.

37.When Agwambo jumps into the lake, he doesn’t get wet, the lake gets Agwambo.

38.Agwambo once got into a knife fight. The knife lost.

39.Agwambo was born in a mud cabin he built with his own two hands.

41.Agwambo doesn’t do push ups, he pushes the earth down.

43.Agwambo doesn’t wear a watch, he decides what time it is.

44.Agwambo was once on Omo Wheel of Fortune and was the first to spin.The next 29 minutes of the show consisted of everyone standing around awkwardly, waiting for the wheel to stop.

46.Unknown to most scholars Agwambo was the fourth wise man, and gave Jesus the gift of beard.Which he wore proudly throughout his life. Jealous of Jesus’ favor of this gift, the other three wise men conspired to keep Agwambo out of the bible. They all died ‘Ngeta’ choke related deaths.

47.Agwambo once shot down a Ugandan warplane with his finger by pointing at it and yelling ” BANG “.

48.Agwambo once had the idea to sell his urine as a canned drink, we now know that drink as Redbull.

49.Agwambo opens bottles with his eye lids and still manages to spit them out!

51.If you have ksh 20 and Agwambo has ksh 20,Agwambo still has more money than you!

52.What happens when an unstoppable force hits an unmovable object? We’ll know the answer when Agwambo punches himself in the face.

53.Agwambo can recite the digits of pi… backwards.

54.Agwambo doesn’t believe in the Periodic Table of Elements because Agwambo only recognizes the Element of SURPRISE!!

55.Agwambo doesn’t read books, he stares them down till he gets the info he wants.

56.God is in Heaven and The Devil in hell because they just wanted to stay out of Agwambo’s way.

58.Water used to to flow upstream.Agwambo just didn’t like it.That’s why it flows down stream nowadays.

59.Agwambo can divide by zero.

60.When Agwambo goes to donate blood, he declines the syringe, and instead requests a hand gun and a bucket.

61.The Bible was originally called “Agwambo and friends”

63.Agwambo can breathe in and out at the same time, without taking a breath.

64.If Agwambo new about this fan group he would delete the internet.

65.Agwambo can judge a book by its cover

66.Agwambo told God it would’ve only taken him 5 days to create the earth giving him 2 days of rest…… God agreed and so we have weekends.

67.A blind guy stepped on Agwambo’s’ shoe and Agwambo yelled at him. The sound of Chuck Norris’ voice enabled him to see. Unfortunately the first and last thing he saw was a fatal kick to his face. 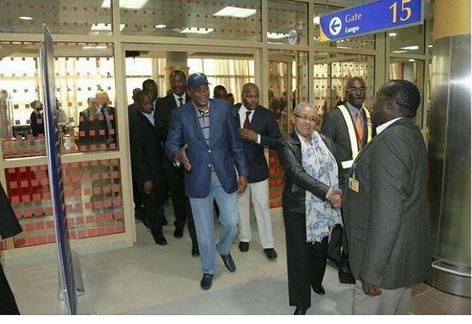 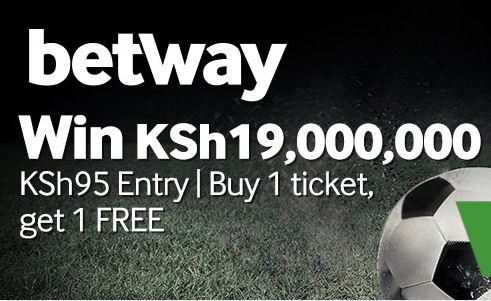 How to Win Ksh 50,000 from Betway During UEFA Champions League Matches