Alli is a weight loss drug approved by Food and Drug Administration. According to the product’s official website, the pill helps lose 1 pound of weight for every 2 pounds lost with the help of physical exercises and diets. Clinical trials show that Alli actually works, but what lies behind its efficiency? 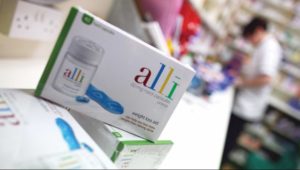 The principle of its work is based on blocking enzymes responsible for breaking down dietary fat into fatty acid. As a result, about 30% of the fat you consume with food leaves the body unabsorbed with stool. To ensure the proper result, it’s recommended to combine Alli with a low-fat diet and regular workout.

So what’s the basic component that makes Alli so effective? The main element, responsible for the drug’s work is called orlistat. Basically, Alli is a “lighter” version of another med: Xenical. This drug contains 120mg of orlistat, while Alli contains 60mg only. That’s why you don’t need a prescription to purchase it.

How does Alli work?

As it was mentioned earlier, our body uses a special enzyme called lipase to turn dietary fat into fatty acids so it could be absorbed and stored. Orlistat interrupts this process by blocking lipase, making it harder for the body to break down fat. As a result, fats that weren’t digested leaves the body in a natural way. As you no longer absorb fat, your caloric intake is reduced, and you begin losing weight.

Due to the principle of Alli’s work, it’s classified as a so-called lipase inhibitor. According to various studies and clinical trials, Alli diet also reduces the level of harmful LDL cholesterol in the blood and helps get rid of visceral fat, connected with a number of life-threatening diseases, such as high blood pressure and type 2 diabetes.

Alli doesn’t have any long-term effects. Don’t expect energy boost or other invigorating effects after you stop taking the drug. However, you can expect overall health improvement if you combine Alli with a carefully selected low-fat diet and exercises. But, just like all other meds, Alli has certain negative side effects that you should consider before taking it.

What you should know about orlistat

There were occasional reports that orlistat can cause liver failure, which led to the revision of both Alli and Xenical labels. However, FDA didn’t found any evidence that this component was responsible for triggering this condition. If you’re taking one of these meds and experiencing itching or loss of appetite or your eyes or skin turned yellow, be sure to consult a doctor immediately. But apart from some potential problems with digestion, Alli is completely safe.

What results should you expect when taking Alli?

Although Alli is considered an effective weight loss drug, you shouldn’t expect serious results. You are more likely to lose only a couple of pounds more than the diet and regular workout can guarantee.

According to studies, those, who combined a low-fat diet, exercises, and Alli, managed to lose an average of about 6 pounds more per year than those, who limited themselves only to exercises and diet. 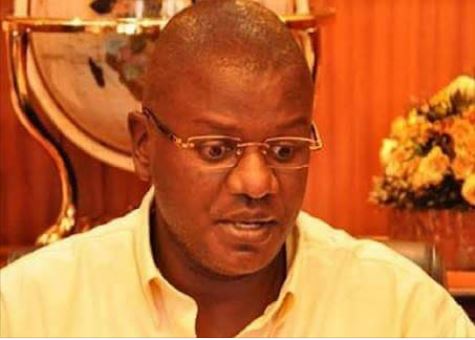 Louis Otieno is Suffering from This disease,Please Pray For Him!!!