It’s emerging that Wazir Chacha might be suffering from a deadly disease after sleeping with 18 MPs.

The police revealed for the first time the number of legislatures the young tuck slept with. Embarrassed, the law enforcement officers were in pains to reveal the names of MPS the boy slept with, but they were quick to reveal that Chacha had special relationship with Sabina Chege and Cecily Ngetich.They also revealed he slept with over 13 MPs and seduced several others. Among those who declined his advances include Joyce Lay and Joy Wendo.

Chacha, 25, was arrested in Tanzania after he tried to escape to Congo. While being arrested, he revealed that he has video recordings of what transpired between him and the MPS and when the right time comes, he will expose those involved.Chacha also noted that he is using drugs, something that prompted an emergency meeting between female MPs.

Chacha has lost a lot of meat over the past 5 years due to what he is suffering from.One police officer was overheard saying,’kijana,na hii dawa unakunywa intakusaidia kweli’.The officer noted after seeing how skinny the man is and what will befall him in the near future.

The youngster was first noticed when he shared images of him and former Bomet Women Rep Cecily Ngetich.Chancha had just been dumped by the PhD holder and he felt the need to expose her.Few days later,the man was reported to have sent several adult videos to MPs.That’s when the probe started,which led to the arrest of the man.

In the near future,if the government proceeds with Chacha’s case,you will see the hell that happens in parliament. 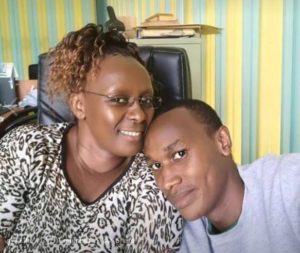