Venas News managed to see the contract between Robadiri and Royal Media Services.The terms as stated in the agreement stated that she will be working at Citizen TV as a News Anchor for the next three years when her terms will be reviewed. The initial contract will last for 6 months  and she will stand in for Lilian Muli who is going for maternity leave.

Apart from the Ksh800, 000 salary, Rubadiri will be entitled to Ksh150, 000 monthly dressing allowance and one paid holiday per year.She will also be entitled to a one month leave.

The news anchor is among a couple of NTV employees who Royal Media Services poached from Nation Meidia Group. Among those who have been assigned duties at RMS include Linus Kaikai and Joe Ageyo,who was at Standard Media Group.Rubadiri will report to work May 2018 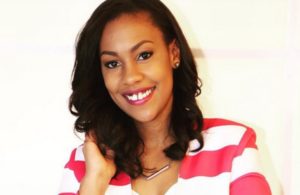