Raila Odinga shocked funeral attendants in South Africa after he wore a tag written,President’.People at the funeral of Winnie Mandela tried to figure out which country Raila was representing as the President and they didn’t get the answer.One of the leaders sitted next to him asked,”you are the president of which country?” Raila murmured for some seconds and answered,”mmmmm,people’s president in Kenya”

As you can see in the photo below,Raila wore the tag the whole day-at least he felt good.We suspect he might wear the same tag to Kenya.

The former Prime Minister is now Kenya’s Ambassador to all countries after Uhuru told him after the handshake that he can travel wherever he wants. 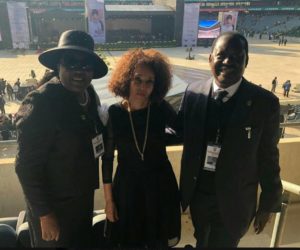 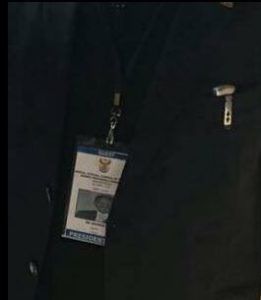