The Queen, The Duke of Edinburgh, The Prince of Wales, The Duchess of Cornwall, Prince Harry and members of both families have been informed and are delighted with the news.

Her Royal Highness and her child are both doing well.

The Duchess of Cambridge went into labour in the early morning hours and was admitted into the Lindo Wing at St Mary’s Hosptial on St George’s Day before 6 am. Kensington Palace announced around 8:30 this morning that Her Royal Highness had been admitted to hospital with the Duke of Cambridge at her side.

Her Majesty The Queen was the first to be notified of the birth. From there Kensington Palace tweeted out the news and an easel with all the birth details will be placed outside of Buckingham Palace before the end of the day.

The name of the new baby will be announced in a few days time. 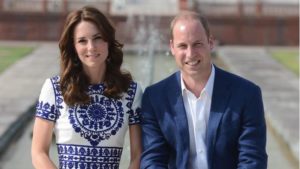