Two days ago,Muranga people were filmed roasting and eating monkeys without knowing the dangers of eating the primates. Research shows that Monkeys, which have almost similar characteristics to human beings, are behind the deadly HIV virus.

Various studies reveal that HIV virus originated from Congo, where eating monkeys was a norm. The monkeys carry SIV virus, which entered the human body through the mount and spread across the body.It resulted to HIV which later gave birth to AIDS.

Hicks, who studied Chimpanzees for ages says even Ebola originated from primates. He adds that the more human beings consume meat from monkeys and chimpanzee the more they get vulnerable to chronic diseases such as HIV.

As Muranga people continue feasting on monkey meat,they should be aware that ebola and HIV await them.In the near future,there might be an outbreak of a serious disease in Muranga. 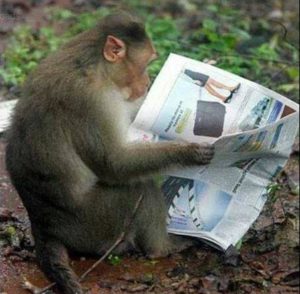 Several free football predictions are available today for our readers. The 10 games might be 100% sure or at least 94% accurate. If you...

Betika 17 Games Jackpot Result has Been Announced, This Man Who...

Features of a Good Betting Company

Betika 17 Games Jackpot Result has Been Announced, This Man Who...