Arsenal have gone cold on Mikel Arteta at the eleventh hour – and are set to give the job to Unai Emery.

Club officials met with Arteta last week and by Friday the former Arsenal captain believed he was going to get the job. 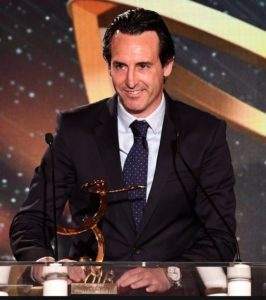 But Arsenal began to go quiet over the weekend and then former Paris Saint-Germain boss Emery flew into London for talks on Monday.

Arsenal chief executive Ivan Gazidis is now in negotiations with Emery and the 46-year-old Spaniard is now expected to be unveiled in the next 48 hours.

It is an incredible blow for Arteta – who is on Pep Guardiola’s coaching staff at Manchester City – as he is believed to have interviewed well and discussed a contract.

But the worry was the fear of backlash from Arsenal fans about an inexperienced appointment and now they have done a last minute U-turn on Arteta.

Arsenal had prepared to offer Arteta a three year deal worth £4m-a-year with a one year break clause and the Spaniard was keen to take the job.

Arsenal insist that it is not a case of last minute cold feet and that they wanted to speak to all of the candidates before making an appointment.

They also insist that Emery has been spoken to before although the ex-Sevilla boss was quoted last week insisting that there had been no contact from Arsenal.

The 46-year-old Spaniard is available after leaving Paris St-Germain where he won one Ligue 1 title and four domestic cups in two seasons in charge.

Emery’s English is not completely fluent but the language barrier is not expected to be a problem.