Ann Wanjiku Ngirita is the woman who was paid Ksh 59 million for supplying air to NYS.

Anne, who is a popular slay queen in Nairobi, approached NYS offices. She met one of the suspended procurement officers, who requested her to provide a Certificate of Registration of Business and a KRA tax compliance certificate.

After submitting the documents, she was to supply hammers, foodstuff, stationery and firewood. But Ann didn’t where to start and to end. To her surprise, she was told to provide bank account details, which she did.

Few days later, the confident lady received a total of Ksh 59 million in her bank account.

“I don’t know what I supplied but I was shown the vouchers at the DCI,” the statement reads.

She began supplying goods to the NYS mechanical and transport branch in 2014.

“I’m not aware of the procurement process as I have never been involved in any,” the statement goes on.

“I mandated my mother, Lucy Wambui Ngirita, to operate the account for Ann Wambere Wanjiku Investments,” she said.

Ann is among a group of money hungry Kenyans who squandered Ksh9 billion from NYS.The suspects are under investigations and soon the truth will be known.But knowing how the investigations on the previous NYS scandal was handled, Kenyans have little hope on the current scandal. 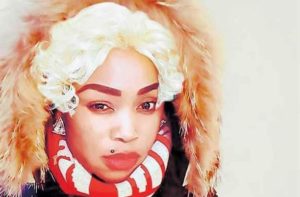