30-year-old Samuel Karumbo from Kitale polytechnic has developed small solar-powered car at a small garage tucked in Langas Eldoret Town that can cover about 50 km in a day.

Samuel succeeded in his project after the car was able to move 50 kilometres without using any fuel. The car is 100% powered by solar and can move at a speed of up to 30k/h

The solar system is able to sustain the car for 8 hours even without the sun.

The college student spent Ksh200,000 to develop the car and the project lasted three years. Over the weekend media was represented to witness the car being unveiled at Kitale. 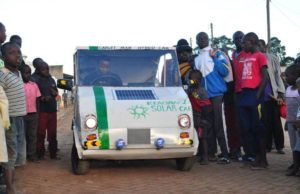 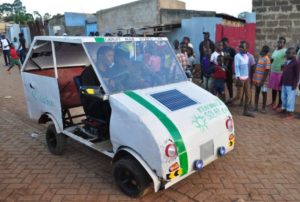 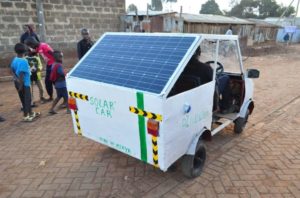